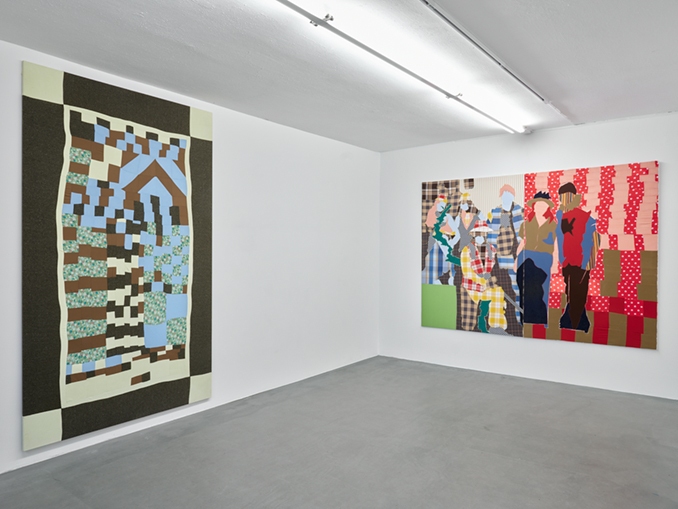 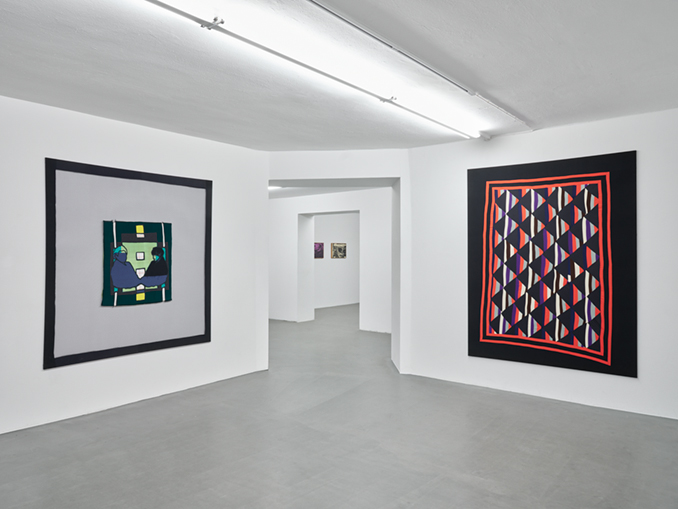 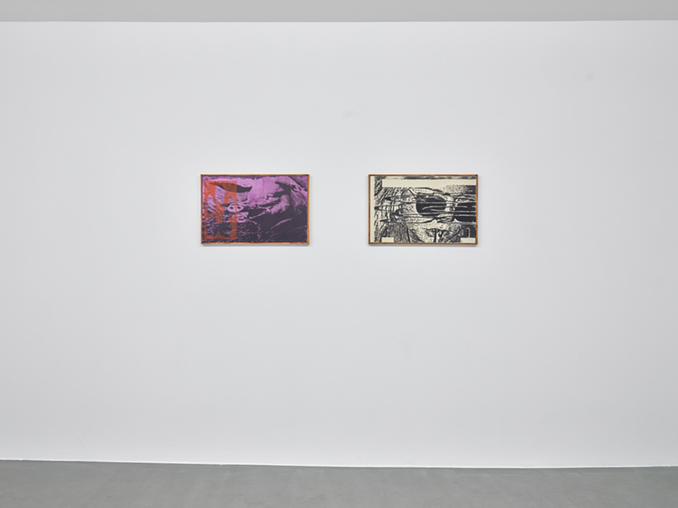 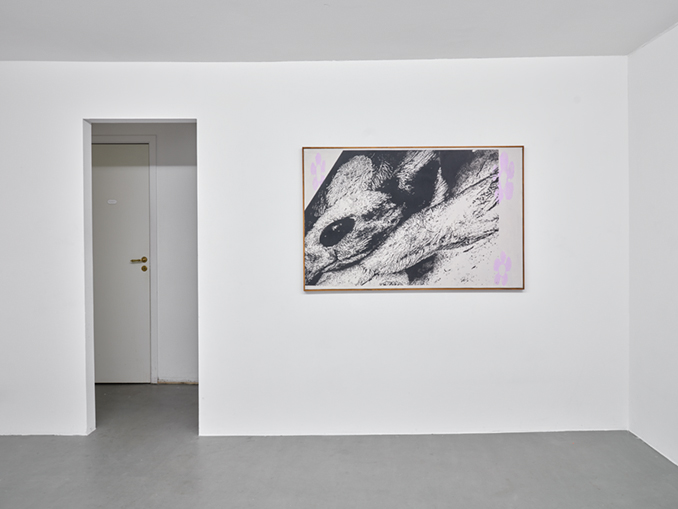 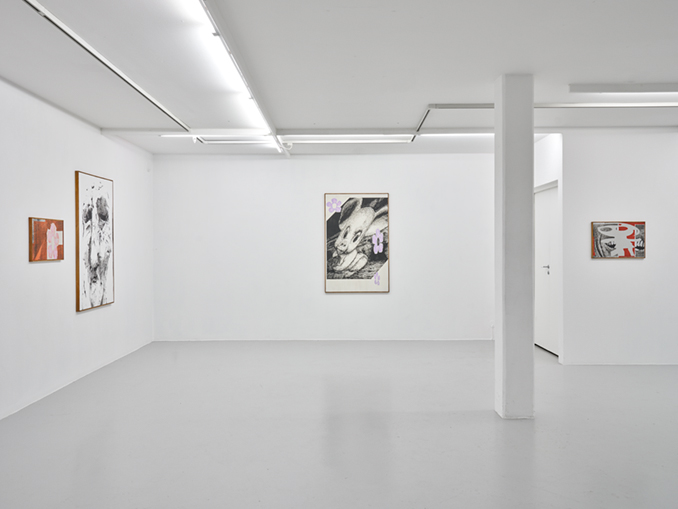 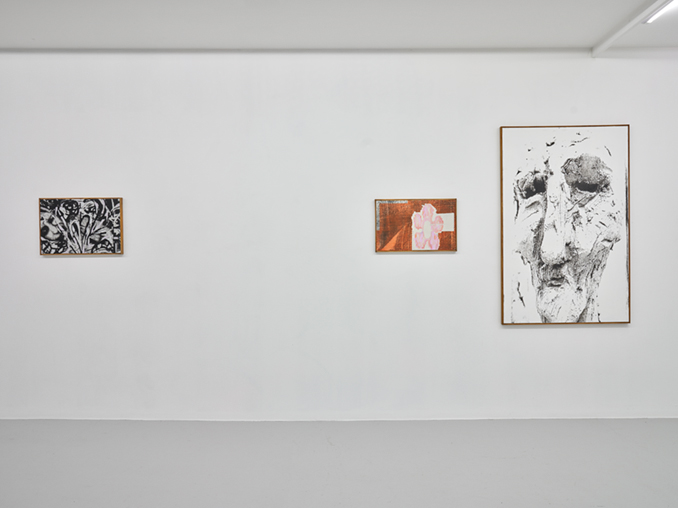 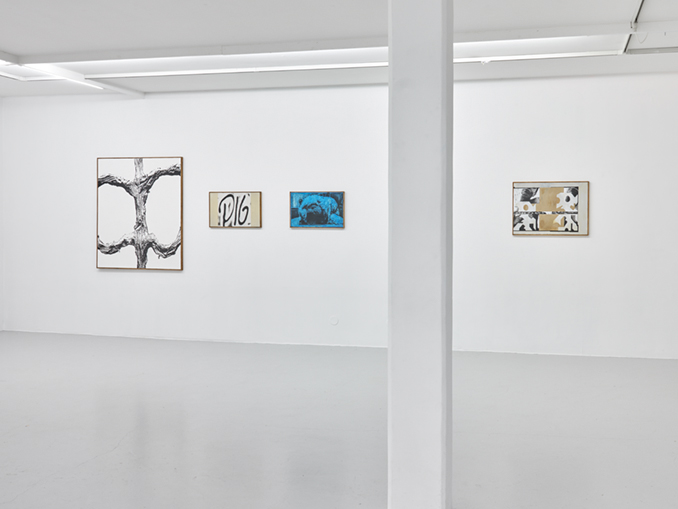 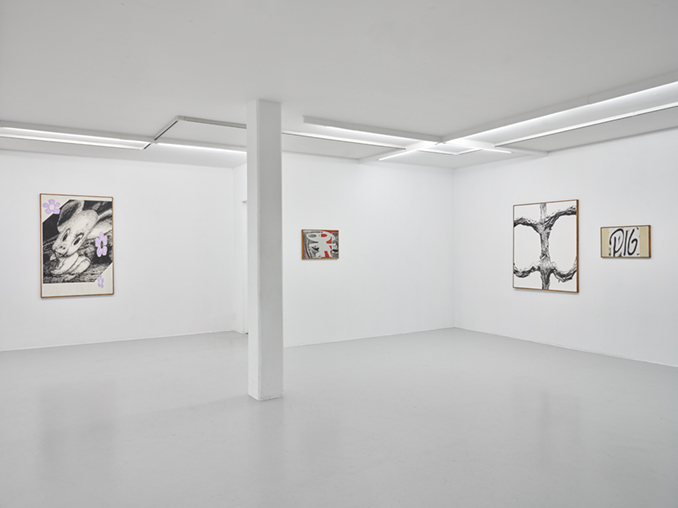 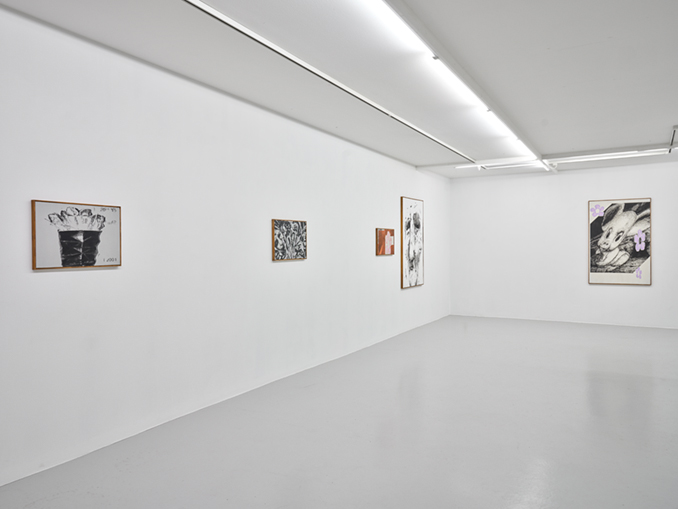 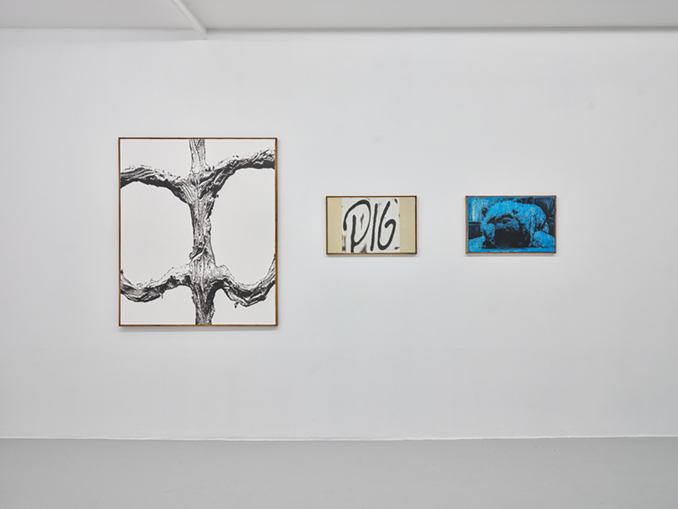 Mud Ladder involves an invented character, who, as Johansson explains, ”walks alongside me/us, seen in the corner of your eye, presence felt, never in.” The character gathers information. The works in the Niss and Okänd Avsändare series fuse fragments of this information, cute and uncanny signs and symbols of our time/world that the Mud Ladder creature experiences. Johansson’s work raises questions about the romantic and melancholic relationship between artist and art making, about inner and outer worlds, and its mysterious powers. The paintings explore the protagonist in the tradition of self-portraiture while channeling spirits in art as a ghostly manifestation in a paranormal time and space.

Emma LaMorte’s artistic practice comprises textile works, performances, and text. She embraces patchwork as a medium that is both charged with cultural tradition and female experiences. Part of the works in Implosion, her first solo exhibition at Galleri Thomassen, are a direct result of becoming a mother. The challenge of combining art making with breastfeeding/child care and the urgency and love of both.

Alongside thoughts on motherhood and women’s labor, something else is also here, best described as a pleasure and pain fantasy of uncertain narratives, desires, and playfulness. The textile works combine motifs of couples, groups of people, a Medieval Sheela-na-gig, a black leather hand grasping a baby’s head, as well as pure abstract patchworks. The use of pattern and color simultaneously underscore being bound together yet functions as camouflage. There are things concealed, to be uncovered. In a way, the work reminds us that the ideals and expectations projected on to the domain of our fantasies do not translate fully.