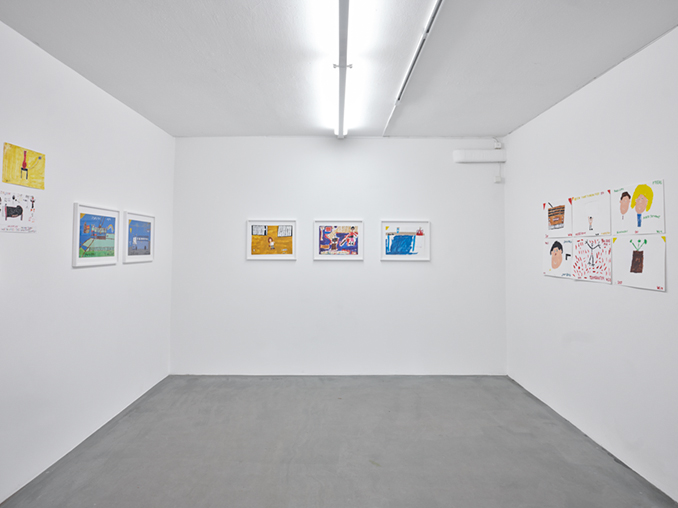 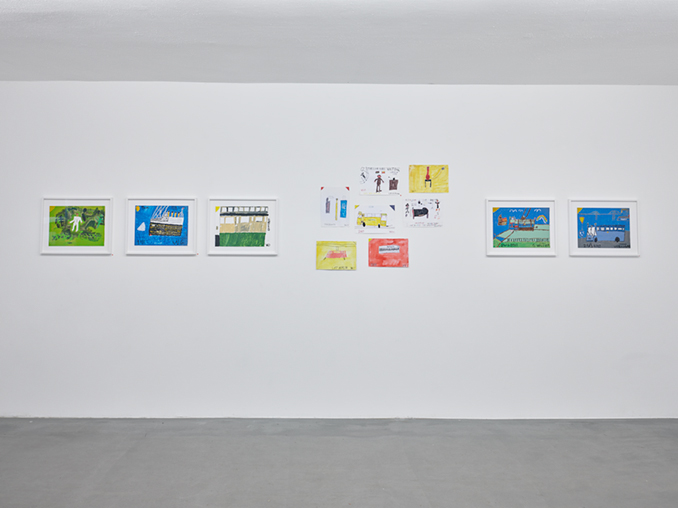 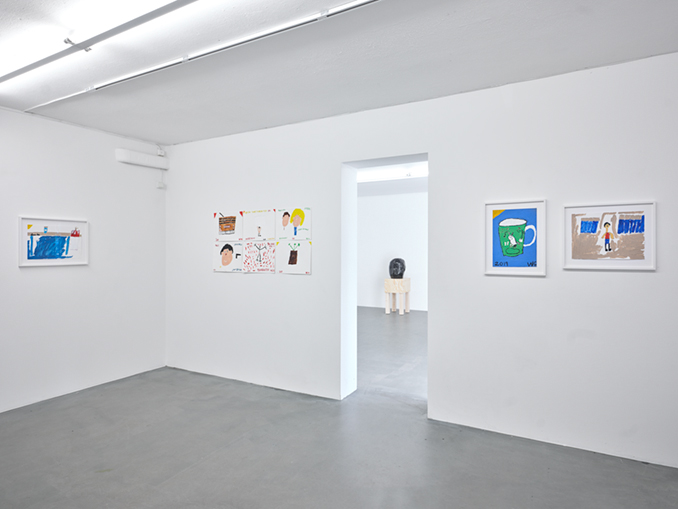 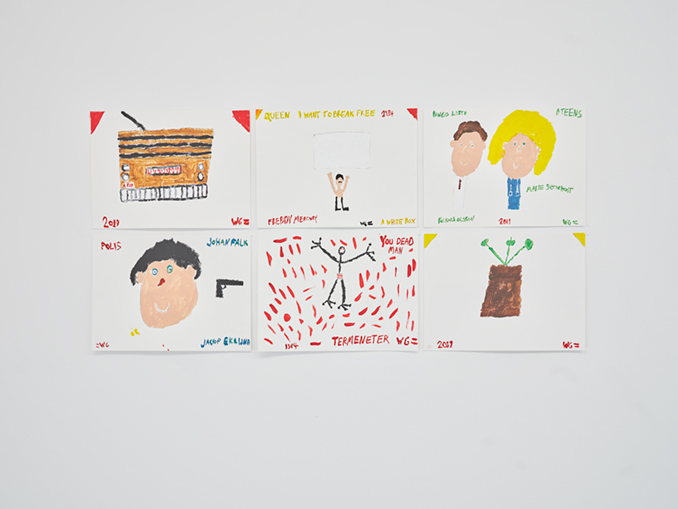 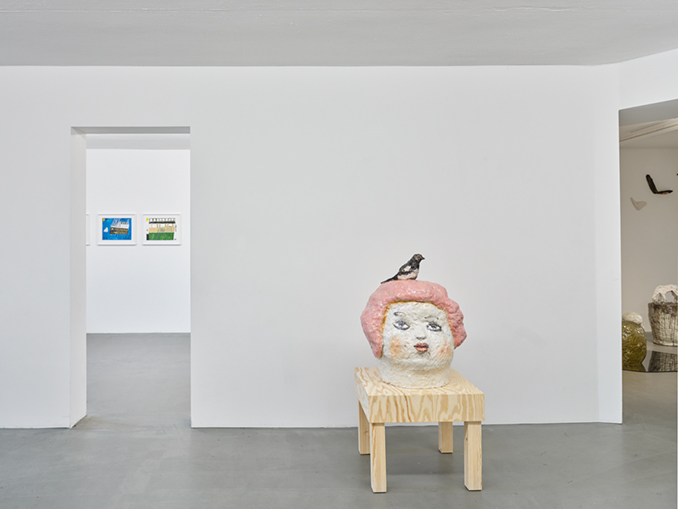 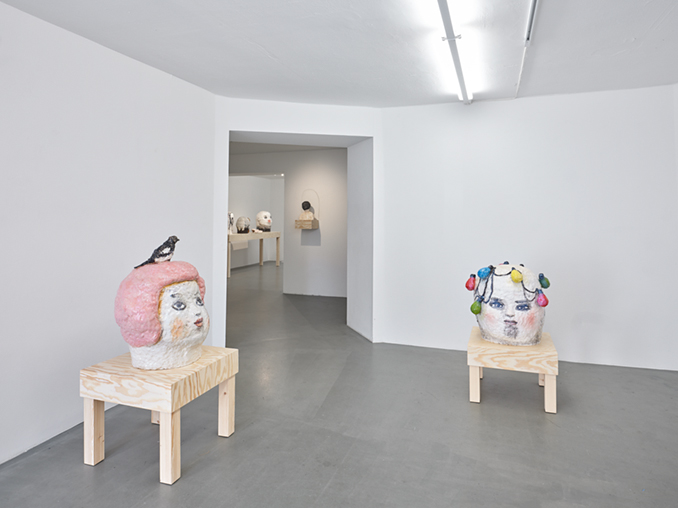 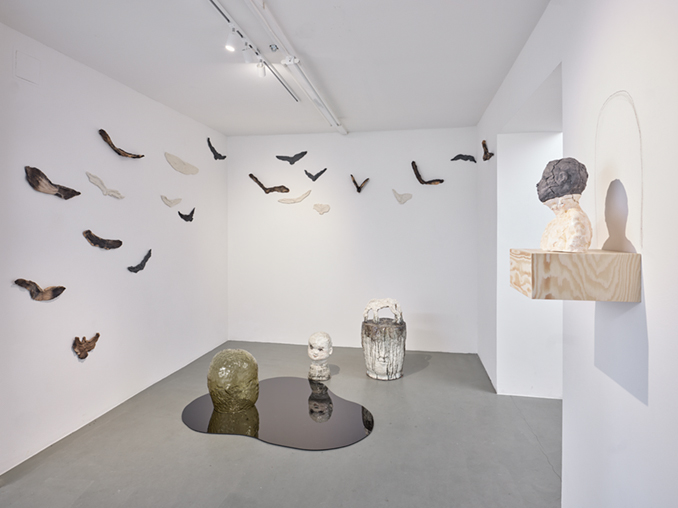 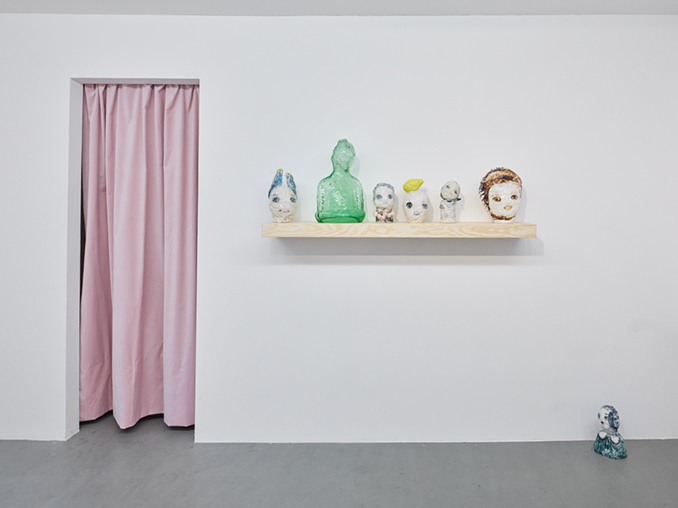 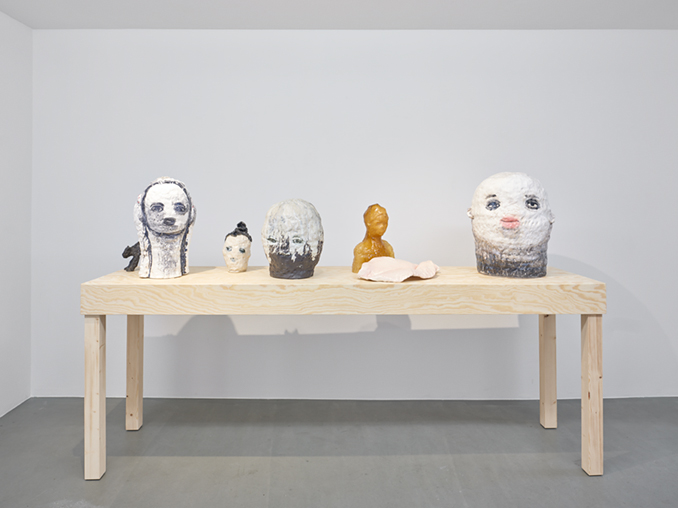 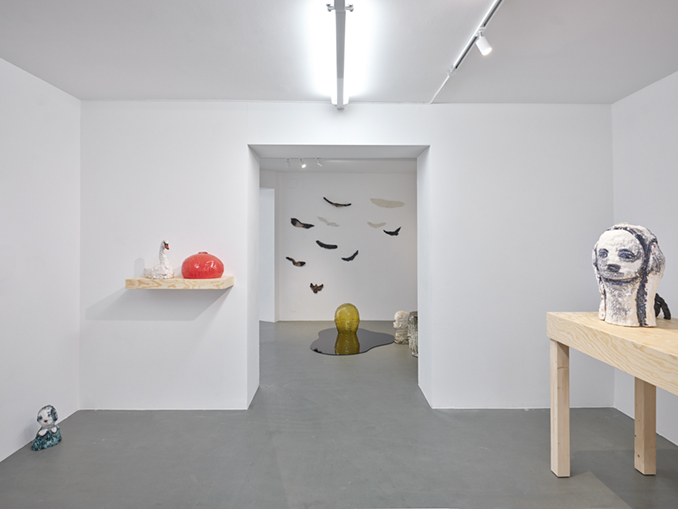 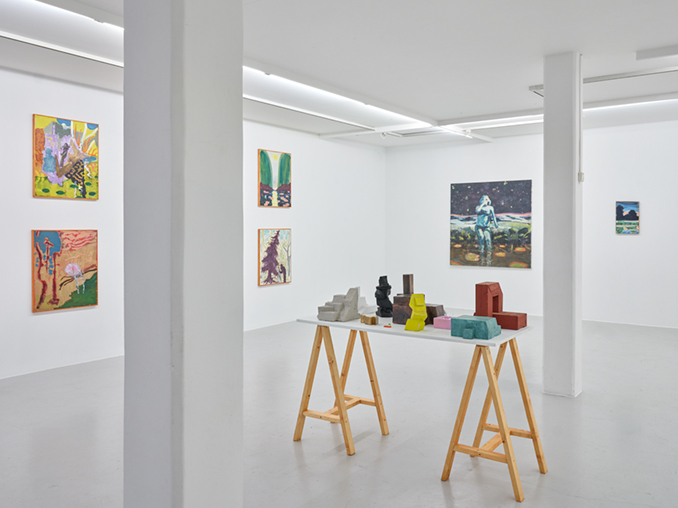 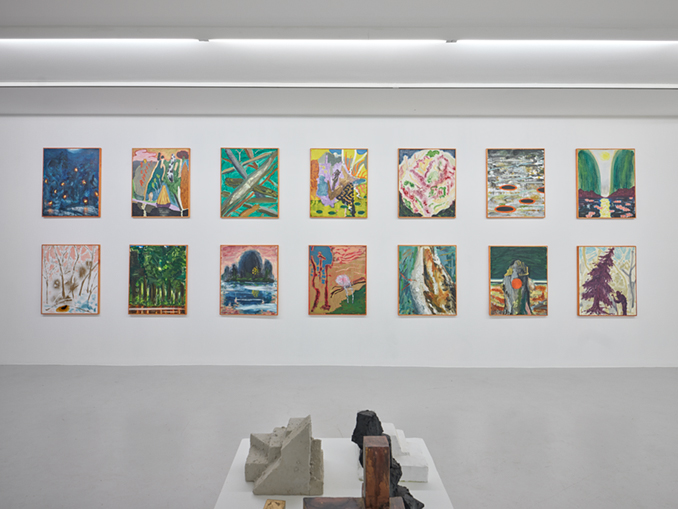 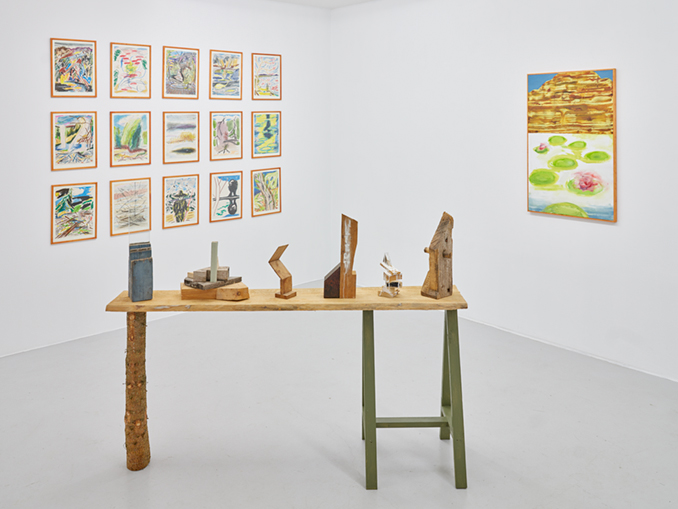 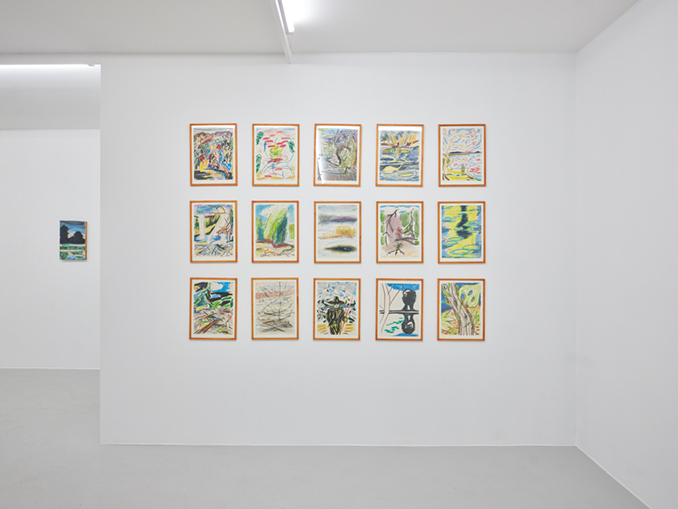 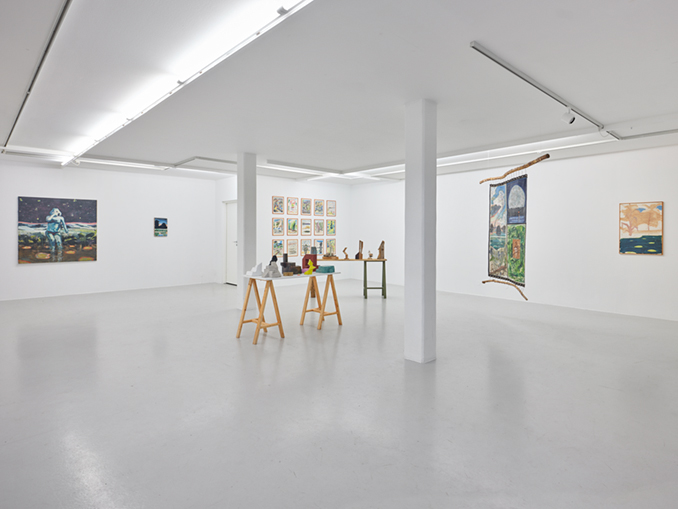 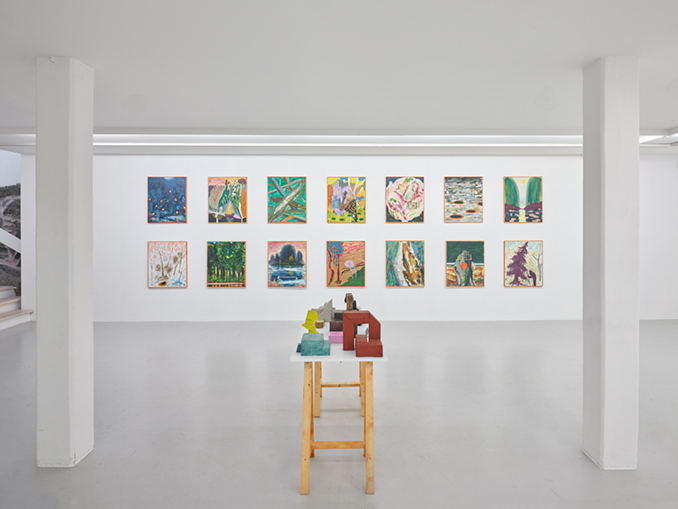 Andreas Poppelier has been thinking a lot about how the spaces we inhabit and how we experience them, influence what we make. For a long time, he says ”Normal for me was to adhere to habits and methods of life and art that felt like my choices, but which never was”. This changed six years ago when he decided to start over and moved to the countryside of Värmland, Sweden. Where he now lives and works in solitude surrounded by forests. In his new paintings and works on paper, woods, land, mountains, marshes, and ponds have taken over, first life, then art both over time merged, expressing thoughts on the human condition, self-sufficiency, and self-preservation.

Eyes are central to Amalia Bille’s work and the head the base and context of the small narratives, dreams, and nightmares that her work invites us to. She is drawn to the invisible part of everyday existence, to the realm where the unexpected can take shape, and where neuroses and memories can bloom and mutate. This results in her sculptures having an enigmatic quality. Here it is not a question of presenting prefabricated conceptions of life, but rather of creating the means by which the ambiguous nature of what one is looking at becomes an ode to otherness.

In I want to break free, we are introduced to William Granhage’s artistic world for the first time. His drawings and paintings on paper and cardboard have an immediate, uncensored graphic energy, being both playful and naive, yet sophisticated and aware. In his work, he freely mixes memories and everyday experiences with phrases and nods to Elton John, Freddy Mercury, Alicia Wikander, Swedish Crime, Andra Avenyn, Bingo Lotto, Marie Sernholt, A-teens, and The Lion King just to name a few of his references. He only just recently started creating art at the art studio of the General Psychiatry Clinic at Sahlgrenska Hospital in Gothenburg. There his talent was discovered by the founder of the art studio, artist and curator Stefan Karlsson, who suggested his work to Galleri Thomassen. All the works in the exhibition were made during his time at the psychiatric ward. He is 28 years old. He lives and works in Gothenburg.

Amalia Bille (b.1971 in Gothenburg) lives and works in Mölndal, Sweden. She received her MFA in Ceramics (2017) and BFA in Textiles (2006) both from the Academy of Design and Crafts (HDK) in Gothenburg. Bille´s work has been shown at Göteborgs Konsthall, Gothenburg, Rian Designmuseum, Rörstrand Museum, Alma Löv Museum CIA, Berg Gallery, Stockholm, Cecilia Hillström Gallery, Stockholm, Galleri Thomassen, Gothenburg, et.al. Her work is represented in both private and public collections.