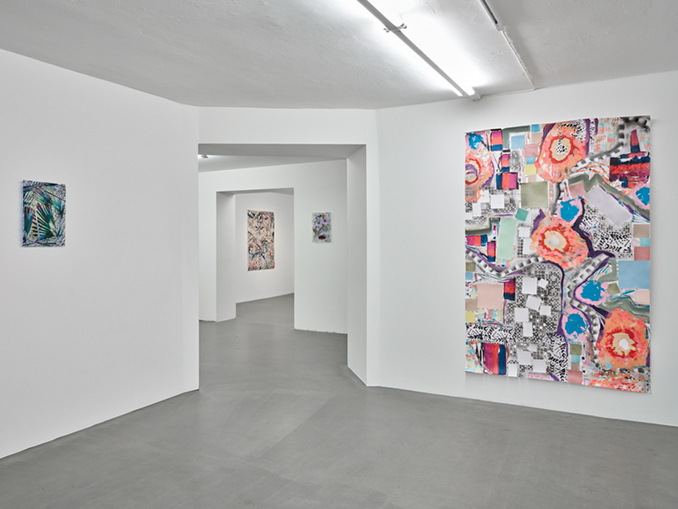 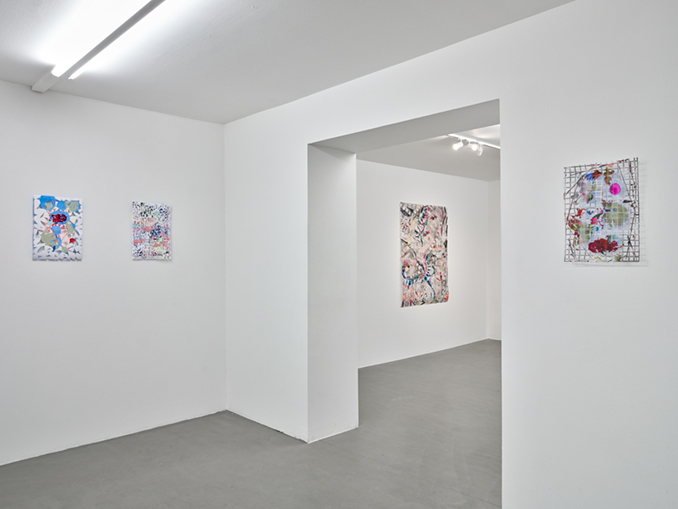 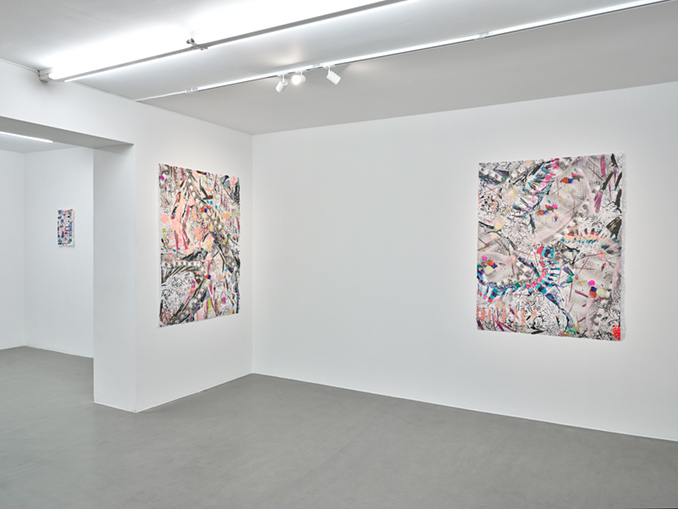 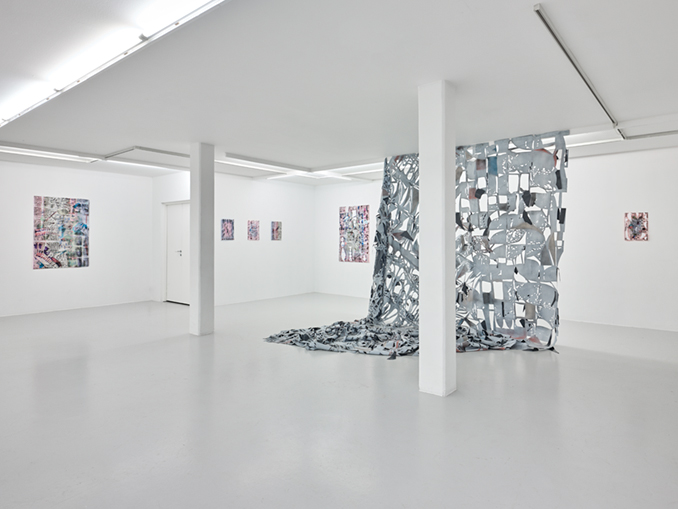 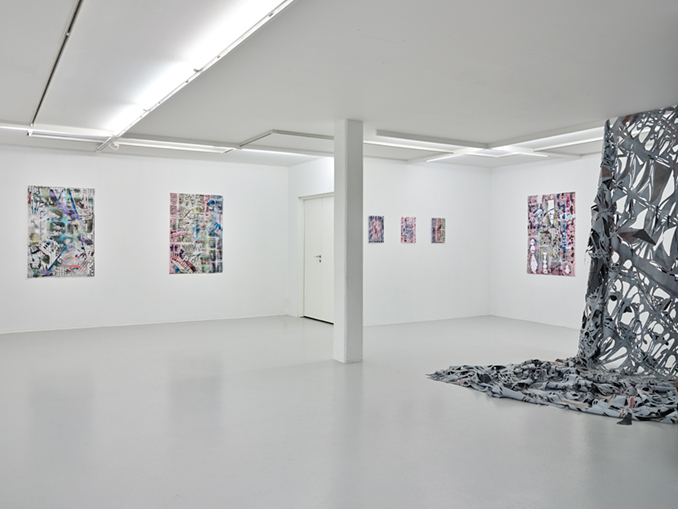 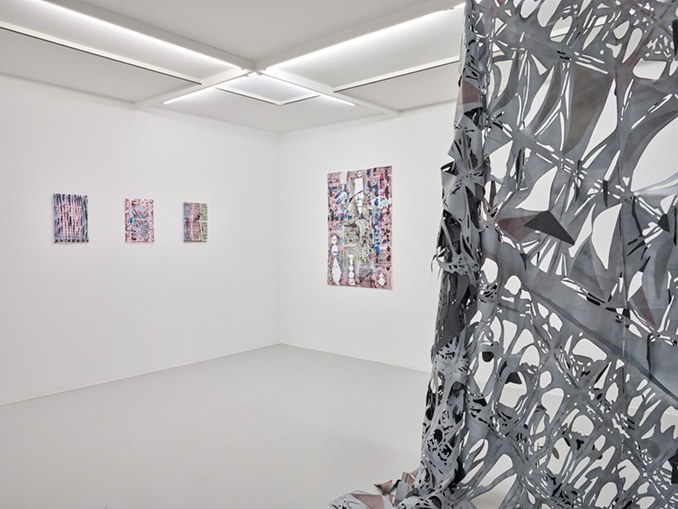 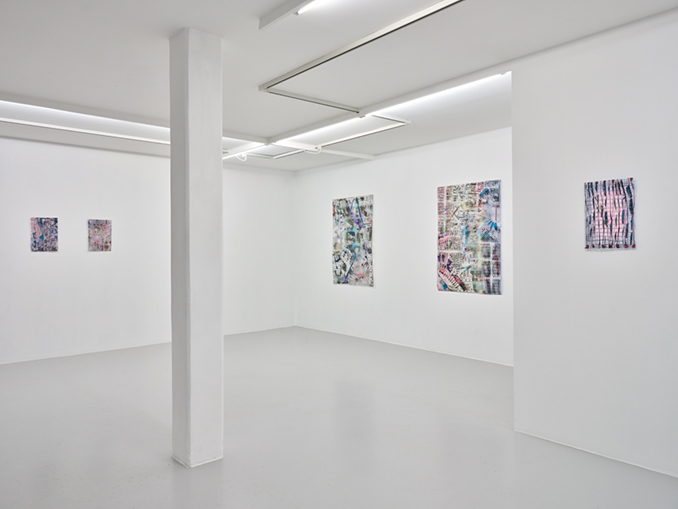 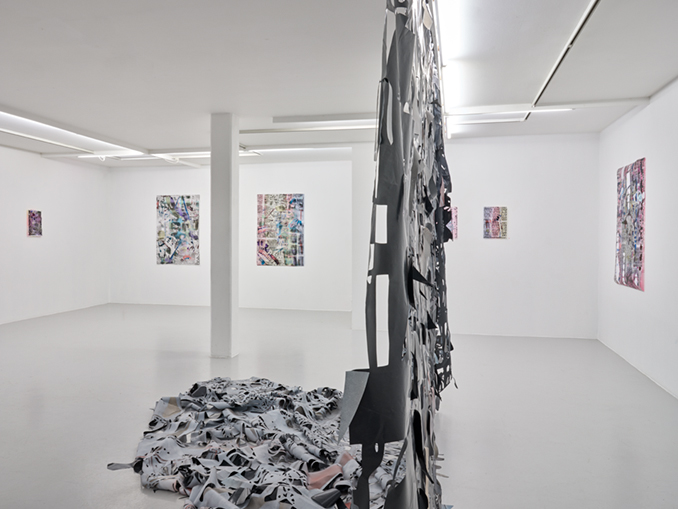 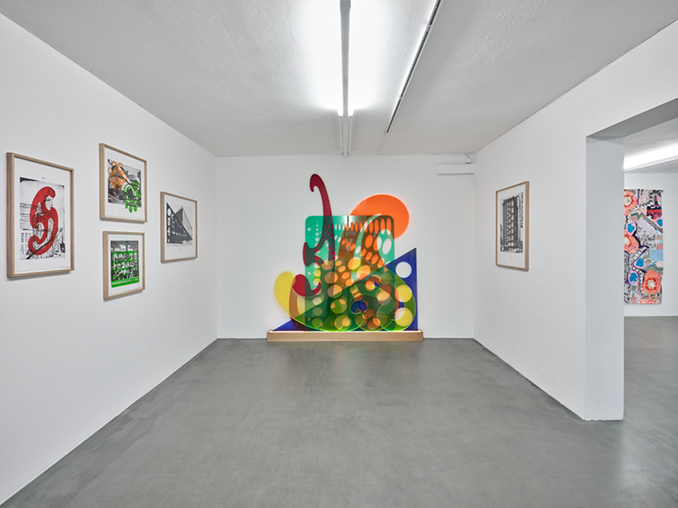 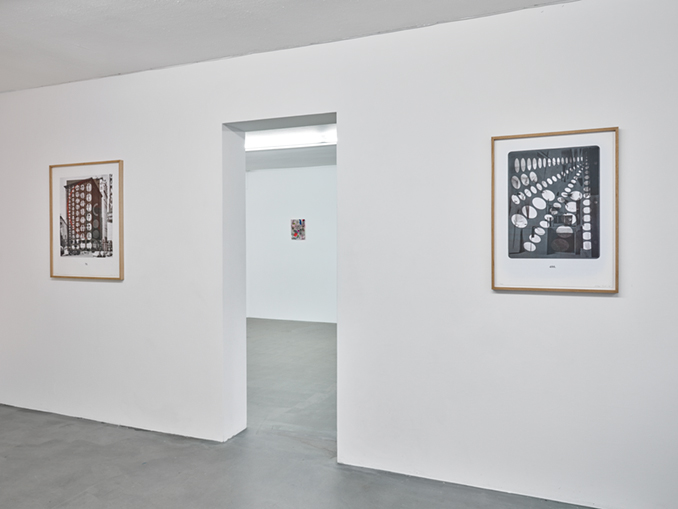 Clay Ketter’s work is characterized by an uncompromising clarity, be it painting, printmaking, sculpture or photography. It is often architecturally based, as are the works in Companion Studies, his first solo show at Galleri Thomassen. Ketter presents nine works from an on-going suite of prints, produced with Atelier Larsen, Helsingborg, where he merges imagery of iconic buildings and structures drawn from art and architecture textbooks with imprints of tools used for manual drafting such as transparent templates and stencils, creating a distinct visual story. The sculptural work Templates in Waiting is also exhibited, complementing the print series with its monumental colored plexiglas templates.

The circumstances of grids and coordinates in Gabriele Basch’s new works come from a spontaneous painting process, combined with cutting into the work. This follows a planned order, then and again responds to intuition. In an ongoing quest to reach a new place, previously unknown, this effort is metaphorically and physically depicted, mapping the cuts and movements, at the core of Basch´s artistic process.

Gabriele Basch´s exhibition draws its name from the volcano isle in the South Atlantic Ocean discovered in 1656 by a Dutch ship and its crew. The island was referred to as inaccessible, due to insurmountable steep cliffs. The sailors were able to land the narrow shores, but the interior of the island would remain inaccessible to them. Inaccessible Islands is Gabriele Basch´s fifth solo exhibition at Galleri Thomassen.

Gabriele Basch (b. 1964 in Bad Homburg v.d.H., Germany) lives and works in Berlin and Hamburg. She has been teaching as a professor for painting at the HAW Hamburg since 2012.