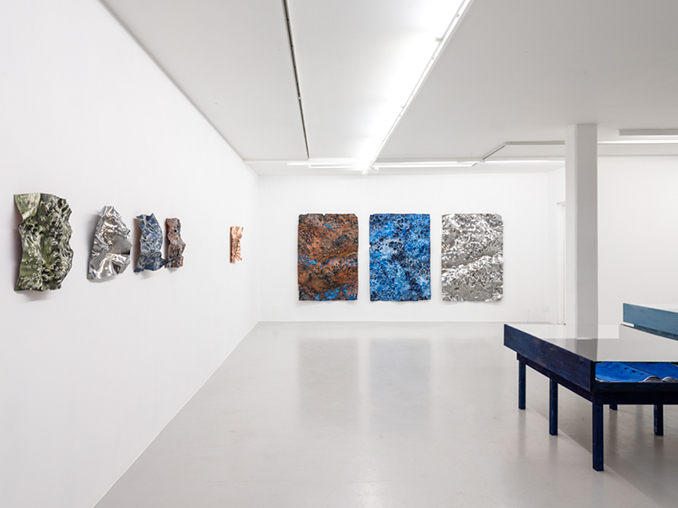 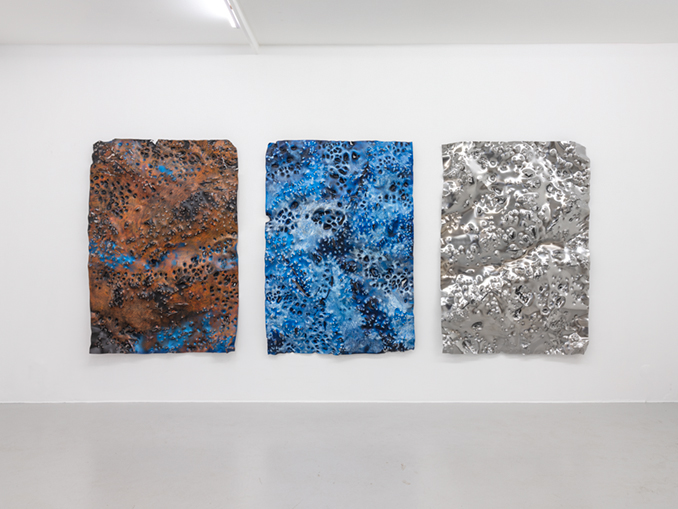 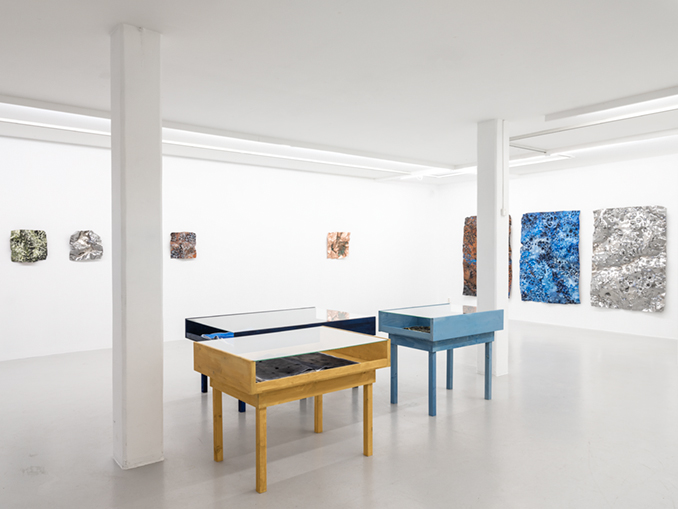 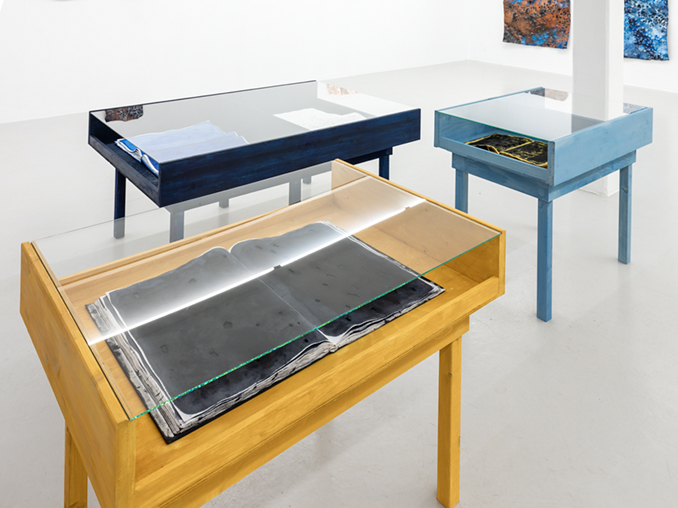 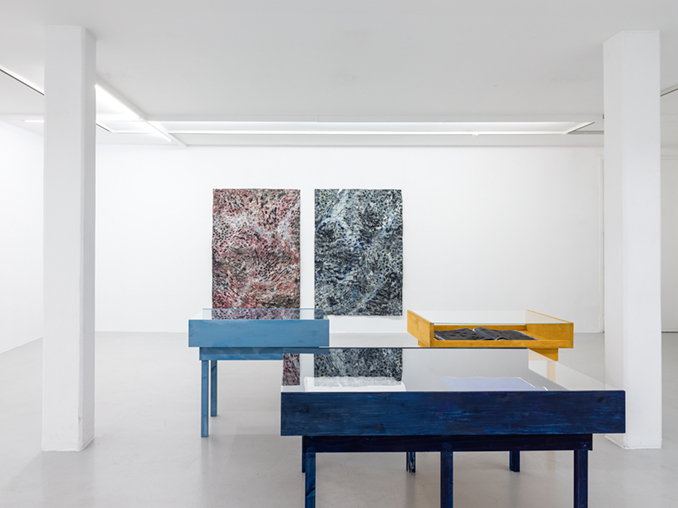 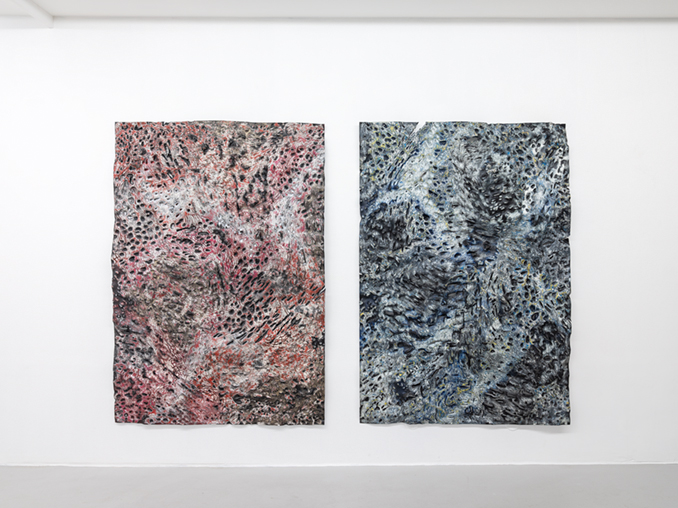 Galleri Thomassen is pleased to present Let it go,

Jamila Drott´s first solo exhibition at the gallery. Drott´s works in metal operate on the border between painting and sculpture. Entering into dialogue with both traditions, she freely uses art historical, as well as pop- and subcultural references as a gameboard where various and often contradictory strategies can be contemplated, role-played and appropriated.

Drott’s sculptural paintings often resemble landscapes, topographical maps or satellite images; undefined terrains and territories. But these figurative associations never take a definitive form. At first glance, they present the possibility of unfolding another world, beyond their own materiality, but upon closer consideration they simultaneously establish themselves as 1:1 sculptural objects in the room.

Jamila Drott (b. 1979 in Gothenburg), lives and works in Malmö. She received her MFA from the Oslo National Academy of the Arts (2008), and studied textile design at HDK – Academy of Design and Crafts in Gothenburg. Drott’s work has been shown at Galleri Ping-Pong in Malmö, Galleri Thomas Wallner in Simrishamn and Loop Gallery in Seoul, among other places. She has been involved in several public art projects, including at Karolinska University Hospital in Huddinge, and has been a resident artist at the Seoul Museum of Art and at ZK/U in Berlin.
We use cookies to ensure that we give you the best experience on our website. If you continue to use this site we will assume that you are happy with it.Ok